The Spanish Mackerel is certainly a racehorse of the ocean. The exciting game fish usually occupy the coastal waters the Geographe Bay northwards. You can catch these fish all year round within the sub-tropical and tropical waters. However, you stand a better chance of catching them during later summer months.

How to Catch Spanish Mackerel – Professionals Reveal Their Tactics
When to Fish for the Spanish mackerel
How to Recognize a Spanish Mackerel
Where to catch the Spanish mackerel
How to Catch Spanish Mackerel
​Step 1: Search for the birds
​Step 2: Search for the boats
​Step 3: Fish over the structure offshore
​Step 4: Make use of metal lures
​Step 5: For fast trolling or retrievals, try natural bait strips
​Step 6: For fast tackle utilize high gear ratio tackle
​Step 7: Utilize wire leaders if you happen to be losing fish
Step 8: When casting far, utilize braided line
​Step 9: Utilize traditional tackle from piers and beaches
​Step 10: Utilize long rods
​Conclusion

When to Fish for the Spanish mackerel 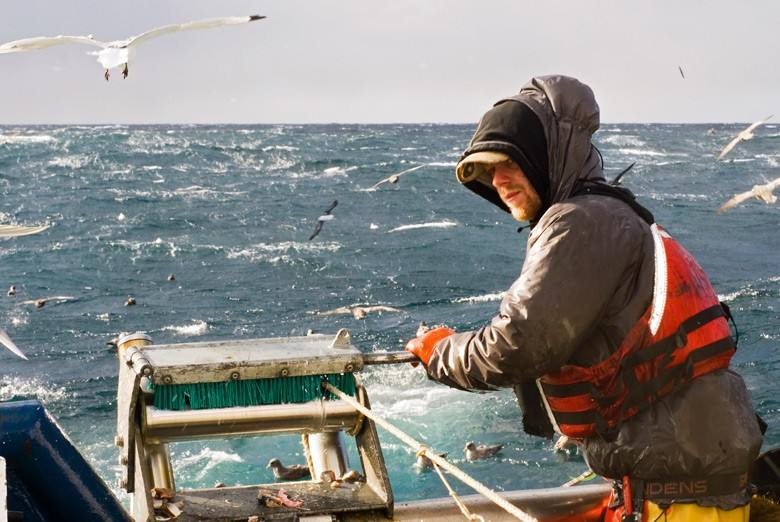 You need to watch for the diving birds from March through to September. Early October is also another incredible time to fish for the Spanish mackerel. In summer heat, these types of fish are normally all over the inland waters and bays. Pelicans may get right into the fray. However, we are talking about tiny terns, usually white with black beaks, which dive in the loops, touching on the surface as they grab chewed bait pieces.

Certainly, diving birds are usually a dead giveaway. The birds feed on bait. Normally, the bait would come close to the water surface. Plenty of different predators are responsible for this activity. However in early fall, summer and spring, the frenzy often means it is the Spanish mackerel.

How to Recognize a Spanish Mackerel 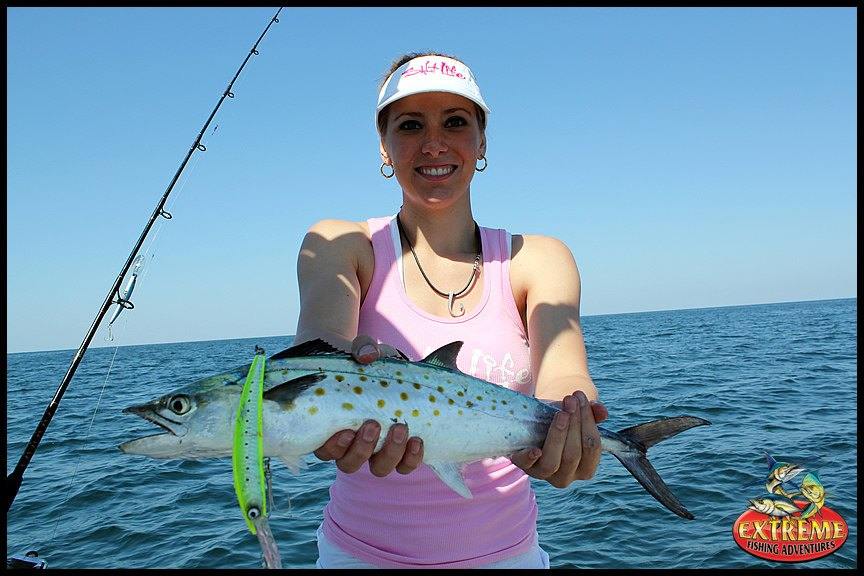 You can distinguish the Spanish mack from both the King Mackerel and the Cero Mackerel by the yellow or bronze spots without stripes on the sides or by lack of any scales on pectoral fins. The cero is the closest look-like to the Spanish Mackerel. Both have stripes and spots of yellow and bronze on their sides. The King mackerel lacks neither stripes nor spots. The King cero and cero have pectoral fins with scales. The Spanish mackerel has a body that is typically mackerel-like and essentially silvery. Its back is bluish.

Where to catch the Spanish mackerel

The Spanish mack is present in and western Atlantic north. Occasionally, you can also find it in the south of Yucatan, Mexico, and Cape Cod, Massachusetts.

Here is a detailed list with extra details on the exact areas to catch this kind of fish:

How to Catch Spanish Mackerel

​A highly popular and effective way of catching the fast moving, predatorial hunters is by trolling baits and lures. They commonly hit baits trailed for Sailfish and Marlin. Just like most predators, the Spanish Mackerel also take baits. Sometimes, even with smaller hooked fish can make them an excellent target for the live baits.

The fact that these types of fish are coastal means that land based anglers also target them from cliffs, , jetties, and beaches. Quobba , Kalbarri, and Steep Point are some of the main/hot spots for Land Based Game (LBG) fishermen that chase .

​Fishing from the high rock cliffs and platforms, you can take the Spaniards on lures and baits. Nonetheless, ‘ballooning’ stands out as the most popular strategy or method for fishing. You can choose with surface balloons or helium (gas) balloons. 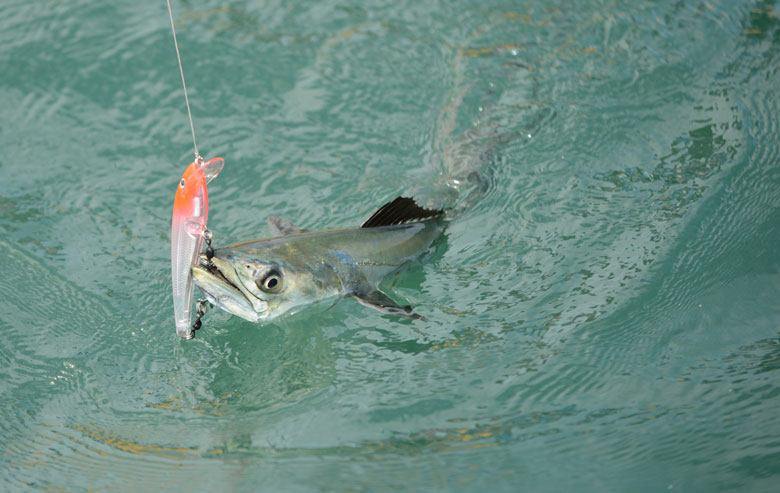 Surface ballooning consists of inflating a party balloon and utilizing it just like a large float in order to drift the bait out with the current or wind. Gas entails using a lighter gas such as helium or a mix of nitrogen/helium to offer lift that keeps the bait on the water surface. In other words, it acts as an effective sail in order for the wind to blow the entire rig offshore real time.

​Step 1: Search for the birds

For sure, sea birds are lazy animals. Actually, they take advantage of the hard work of school of Spanish mackerel in searching for baitfish on the surface. Anytime you see diving birds, chances are very high that a group of predatory fish is present underneath. Most commonly, it is the Spanish mackerel.

​Step 2: Search for the boats

​During busy days, (weekends with excellent weather), there is absolutely no fancy fish-finding equipment or even natural clues needed. All you need to do is search for a pile of twenty boats subsequent to the school in order to identify the location of the mackerel.

​Step 3: Fish over the structure offshore

Failure to see birds diving at bait or fish busting on the surface, chances are high that the within an area. You can always find them close to structures offshore. That is where baitfish will highly likely be.

​Step 4: Make use of metal lures

Metal lures such as Gotcha’ Lures or are not only nice but also heavy thus allowing you to cast far. This way, you will be able to reach schools of mackerel from bridges, piers, boats or any other situation. The other best attribute of metal lures is the fact that they are able to stand up effectively to the Spanish mackerel teeth over time. They are far better compared to soft plastics.

​At times, there is no doubt that the bait does not want to remain on the hook whenever you want to reel in quickly or when trolling. For this reason, utilize a strip bait instead. Therefore, cut thin strips of shiny ladyfish, mullet etc. Roughly 1 inch wide or 3 inches long should do. Also, do not forget to attach to a shank hook that is long.

What is for sure is the fact that this kind of fish amazingly fast. In fact, they are highly quick at striking at fast-moving targets. For this reason, utilize a higher gear ratio in order to get faster retrieval for much more action. Faster retrieval also comes in handy when there is to obtain that lure for another cast real time prior to the school moving off again.

​Step 7: Utilize wire leaders if you happen to be losing fish

​The Spanish mackerel boasts an incredible set of pointed triangular teeth, which slices through fluorocarbon or monofilament leaders. If you happen to be losing fish on the leaders, the Spanish mackerel are not too shy of the wire leaders.

​Whenever you are fishing from piers or beaches, a braided line enables you to cast further. What is more is the fact that it offers you a stronger set of hooks at those far distances, after you are out there because of lacking a stretch in the line.

​At times, when fishing from piers or beaches, huge mackerel schools might come close enough for just a tease. However, you cannot quite reach them. With a traditional tackle, you can be able to cast further. Eventually, you might be able to reach them even from the comfort of piers and beaches. For instance, the Shimano conventional rod can be handy in helping you cast far.

​Always know that the longer the rod, the longer cast you will get. This comes in handy under any situation. However, it is especially true when the fish are spooky on that day.

​Every year, prime seasons exist to catch the Spanish mackerel throughout the east. Whenever the fish are in, they are in their hundreds. If you have the knowhow, catching them is very easy. however, things might be quite tough if you lack the knowledge. By adhering to the above steps or tips on how to catch Spanish mackerel, there is no doubt that you will be successful at your hunt.

​Check out this video to learn more about what you need to do in order to increase your chances of catching the Spanish Mackerel.